How to get on a trip to Komodo Island from Bali.

Getting close to a Komodo Dragon and manta ray it might sounds weird for you, right? May be yes, And May be no. But once you decide to go on a trip to Komodo from Bali it is not only about to guidance you to get to close to Komodo dragon but also to do a bunch of adventurous activities.

This post is all about making the travel dreams into reality.

Here is some inspiring travel guide to help you to plan your dream trip to the Komodo Island from Bali and enjoy the nature in all its glory.

Why must visit Komodo National park? 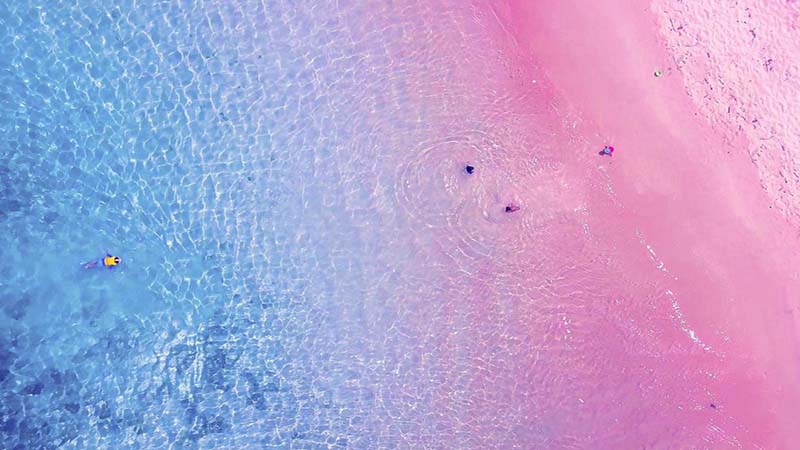 Established in 1980, initially the main purpose of the Park was to conserve the unique Komodo dragon (Varanus komodoensis) and its habitat. However, over the years, the goals for the Park have enlarge to protecting its entire biodiversity, both terrestrial and marine. In 1986, the Park was declared a World Heritage Site and a Man and Biosphere Reserve by UNESCO, both indications of the Park’s biological importance.

Komodo National Park includes three major islands: Komodo, Rinca and Padar, as well as numerous smaller islands creating a total surface area (marine and land) of 1817km (proposed extensions would bring the total surface area up to 2,321km2). As well as being home to the Komodo dragon, the Park provides refuge for many other notable terrestrial species such as the orange-footed scrub fowl, an endemic rat, and the Timor deer. Moreover, the Park includes one of the richest marine environments including coral reefs, mangroves, seagrass beds, seamounts, and semi-enclosed bays. These habitats harbor more than 1,000 species of fish, some 260 species of reef-building coral, and 70 species of sponges. Dugong, sharks, manta rays, at least 14 species of whales, dolphins, and sea turtles also make Komodo National Park their home.

What can you do on Komodo National Park?

Komodo dragons are one of the most incredible creatures on earth, due it is unique and the last living lizard on earth make them become the hight light of your journey to Komodo island but the natural spectacle in Komodo National Park goes beyond those dangerous lizards. All the top things to do in Komodo Islands are related to nature, so be well prepared those who addicted of stunning views, crystal clear water, colourful corals, numerous of fish, giant bats, sun and sweat. The perfect combination for an unforgettable adventure trip. When planning your trip to Komodo Island from Bali, don’t miss these top things to do in the Komodo National Park:

How to get to Komodo island from Bali? 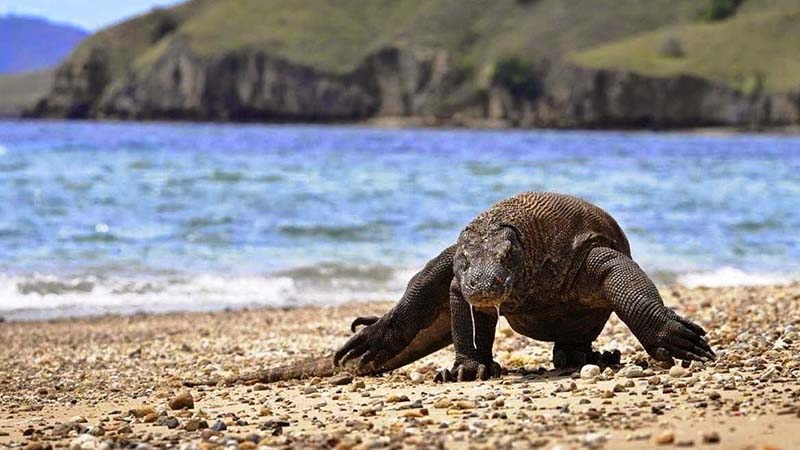 Labuan Bajo is the gate way to Komodo National Park. This town located on the western tip of Flores island, Indonesia. Labuan Bajo is a tiny fisherman village that is also growing hub for tourists. Long before the tourism come in touch, this town was only fishing activities every day but now days Labuan Bajo is become one of the famous tourist destination in south Asia due it is main entrance to the home of Komodo dragon, which is only live on Komodo National Park.

There are daily flights from Jakarta, Surabaya, Lombok, and Bali to Labuan Bajo now days, and sure in the near future there will be direct flight from overseas: Singapore, Malaysia, Australia or other country from other continent direct to Labuan Bajo.  I would suggest you to book an early morning trip so you can arrive in Komodo Airport Labuan Bajo before midday and still enjoy the park on the same day of your arrival.

You can search and book your flight to Labuan Bajo via Indonesia Flores Tour, they have many links to Indonesian local airlines listed, you can compare prices and choose the best for you. www.Indonesiaflorestour.com is also a good option for booking your dream trip to Komodo island, either from Bali or Labuan Bajo, west part of Flores island in Indonesia. They do sailing trip to Komodo for an overnight on the boat or just daily trip from Labuan Bajo on small group tour or individual trips, family tours and honey money packages trip as well as snorkelling tours combine trekking on some tiny isles like Famous Padar island, Rinca island, Komodo island, Gili Lawa, Kanawa island and still some other tiny isles on Komodo National Park.

See you on the trip to Komodo island,.